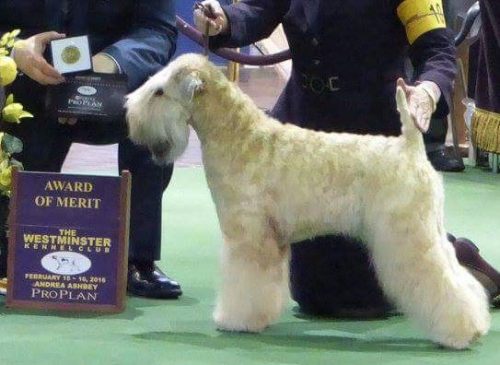 Achievements:  Josie was owner handled and owner groomed all the way to her Grand Champion Bronze title. At times she seemed to just float around the ring! So proud of her! At Westminster 2016 she received an Award of Merit. Josie also won group placements in Regular and Owner Handled groups. She was ranked #7 Owner Handled Soft Coated Wheaten Terrier for 2016 and so was invited to the Royal Canin AKC National Dog Show in Orlando FL in 2016 where we had a blast showing and visiting with friends and wheatens from across the country.